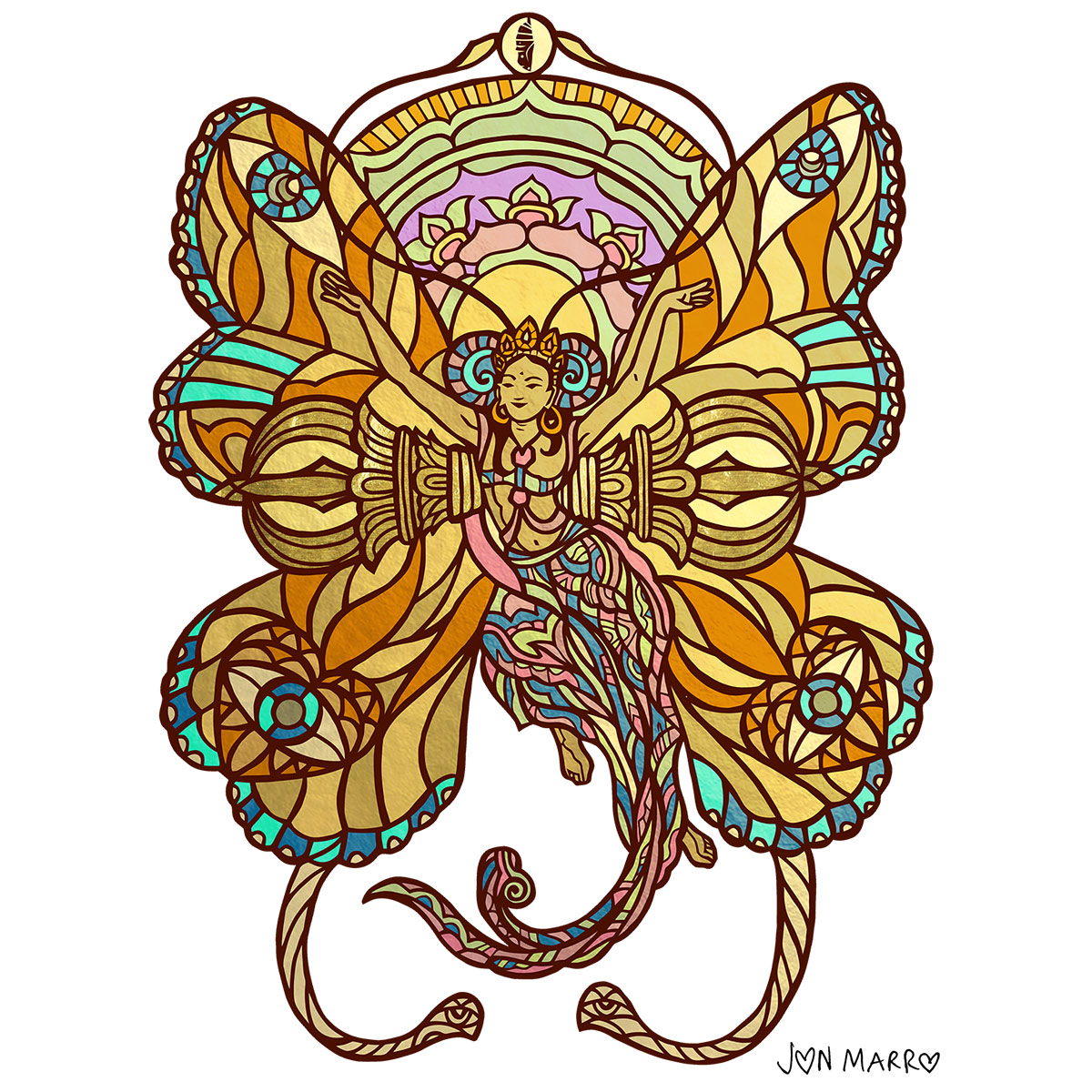 Imagine a cell. An imaginal cell – an activist, an evolutionary. A cell so unafraid to die and unshakably called to live. This one brave cell had a vision. A wild and remarkable vision – a belief that it could better the world. The cell caught a glimpse of possibility and in a flash, it understood what it needed to do.

Wrapped in the bosom of her own becoming, this cell lit herself from the inside out. She burned with a tenacious hunger and a profound passion. Her mission was spellbinding. An idea so big that The World As We Know It could not hold it, though she was not asking it to. She was creating a new world. She was asking it to die the same way the sprout demands The Seed to relent, the same way the egg must collapse, the water must break and Life must live. And through the intensity of her intention, Vajra, The Butterfly of Becoming, became.

-Excerpt from the book The Keepers of Color