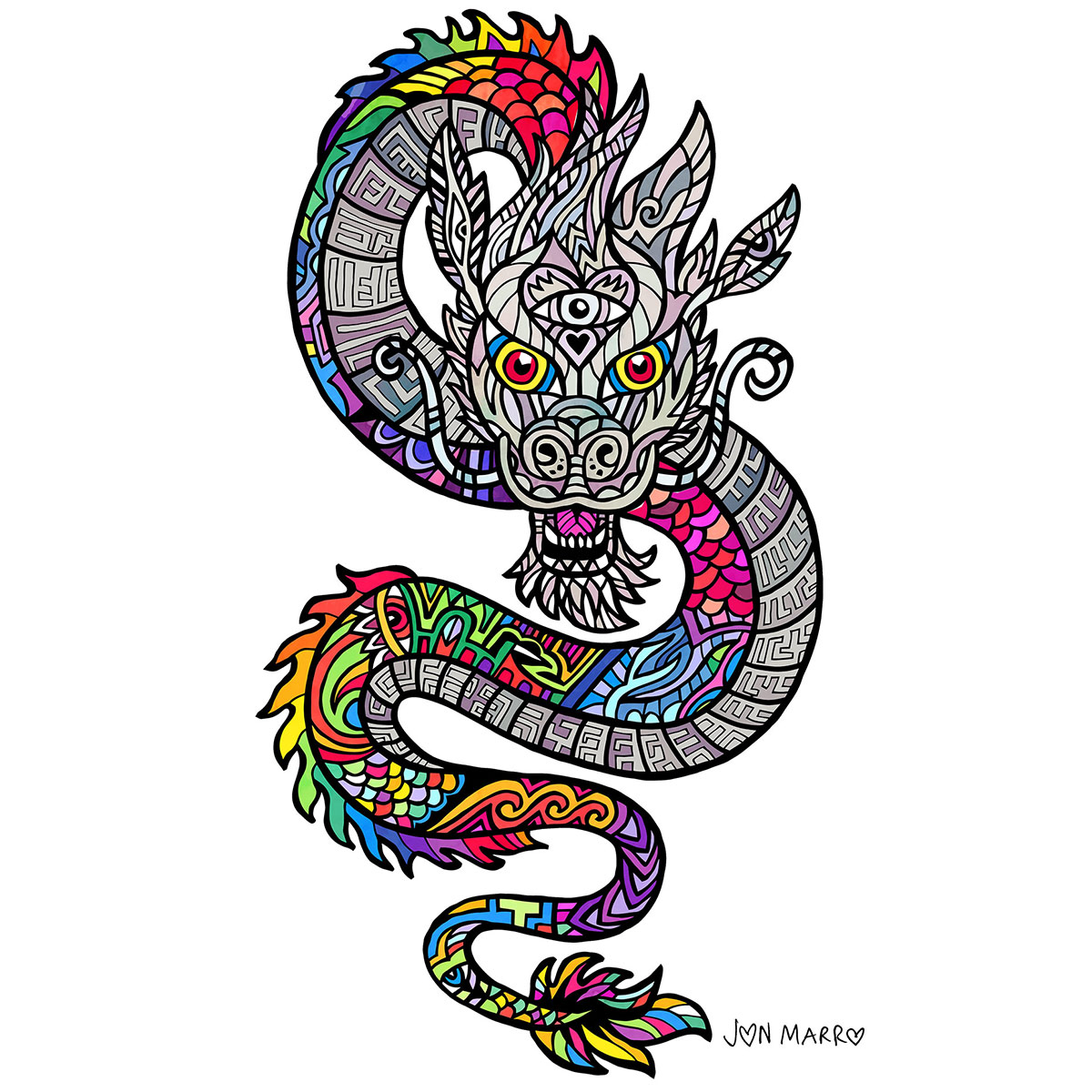 Long ago, The Great Mystery created two twin kingdoms named Yin and Yang. One side dark, the other side light. Male, Female. This way and that. Yin and Yang were separated by a great serpentine creature named Kōan. Kōan was something between a snake and a dragon, unformed and unbecoming. She was much like a riddle waiting to be solved – taking one form as a question was asked and another upon it being answered. Kōan’s very purpose was to ask “What is the purpose?” Each of his eyes was a crystal clear mirror. One reflected how you saw yourself and the other how he saw you. Catching a glimpse of her gaze left most terrified, some mystified and everyone in awe. Kōan guarded the soil where The Seed of Hope was buried, and his thick, scaly body would not budge without an answer that would bring peace to her inquiring heart.

-Excerpt from the book The Keepers of Color