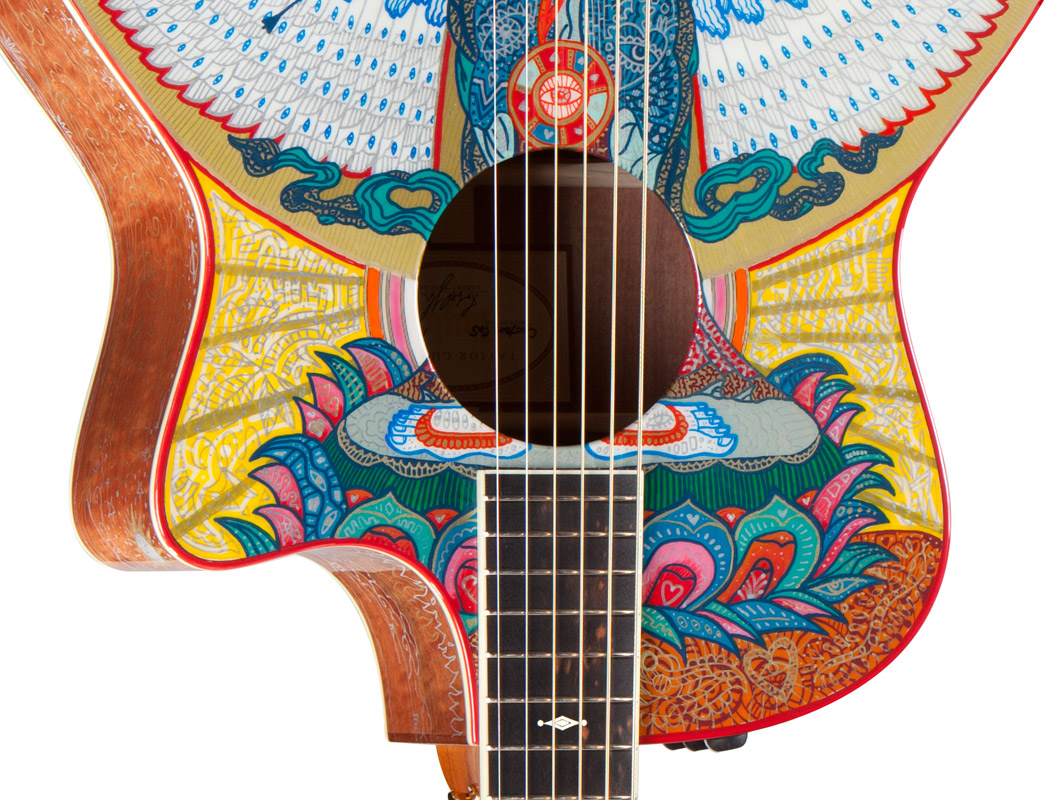 This guitar was a gift to my dear friend and musician, Jason Mraz. The artwork depicts the Tibetan deity Avalokiteśvara who’s name translates to “sound perceiver”, or literally ” he who looks down upon sound” or “he who hears the sound of lamentation.” The sound from a mythological standpoint refers to the cries of a suffering humanity. Knowing Jason so well and knowing his music aims to touch the hearts and ears as many as possible and knowing during any given concert he has thousands of fans reach out their hands towards the peaceful songs he sings – I felt this imagery would be fitting and allowed for Avalokiteśvara’s thousands arms to reach back, high five and assure all those needing a hand. 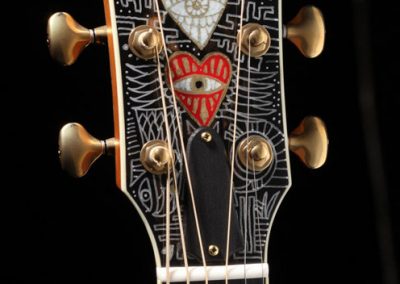 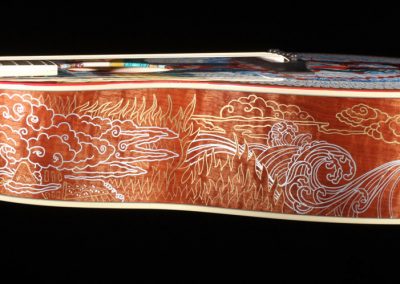 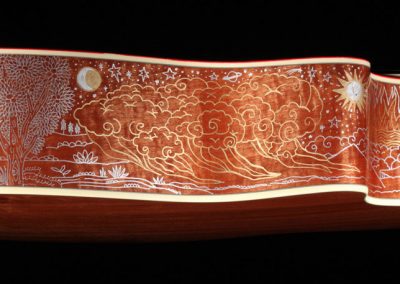 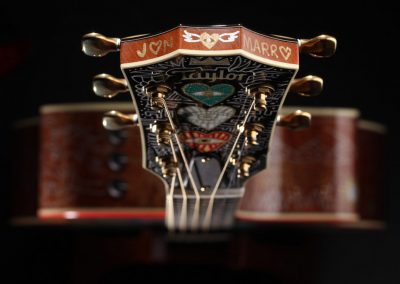 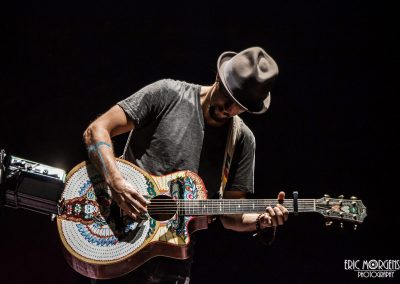 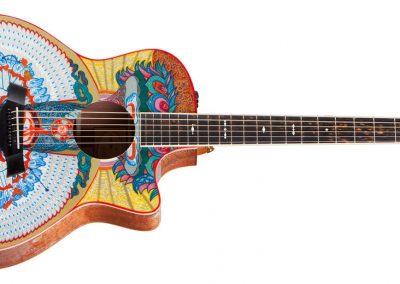 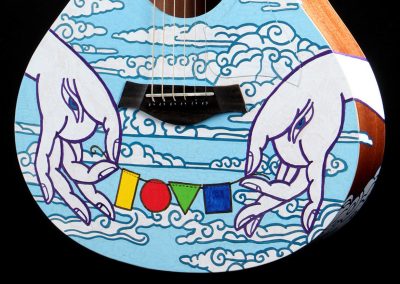 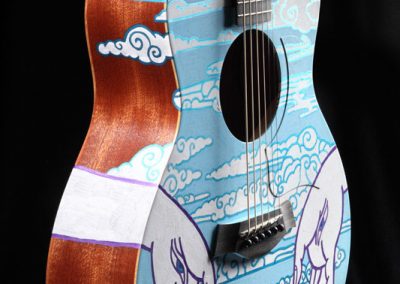 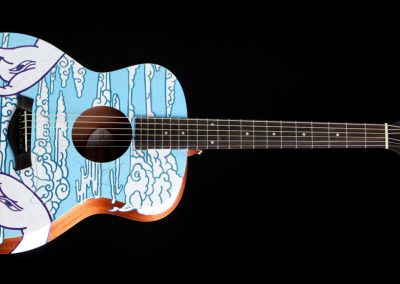 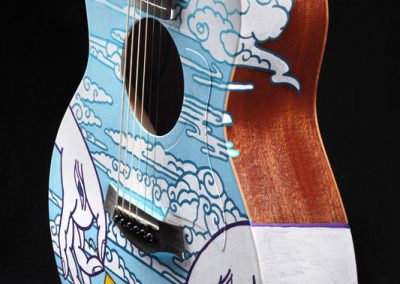 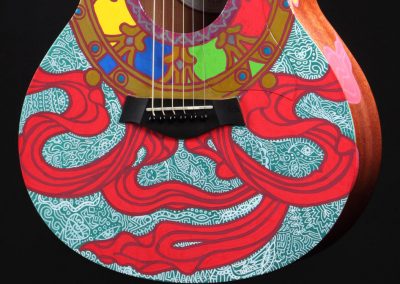 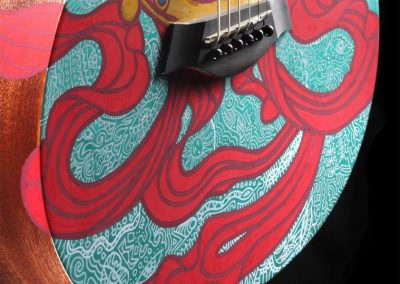 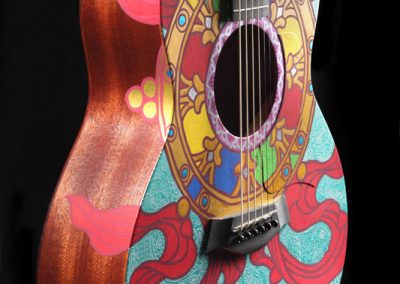 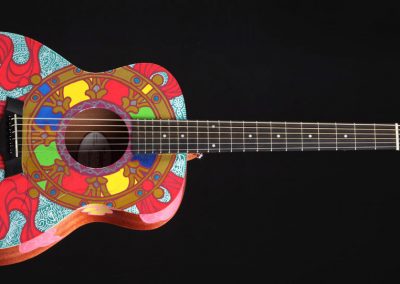 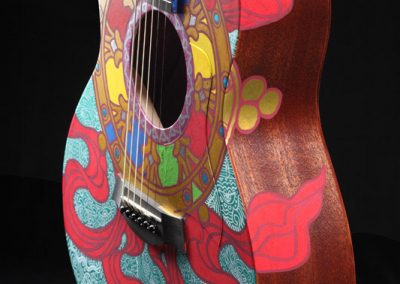 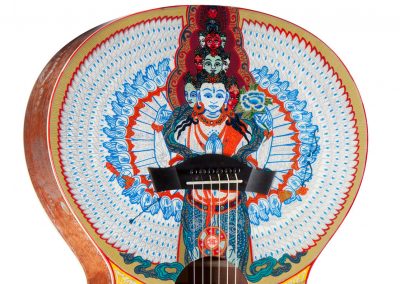 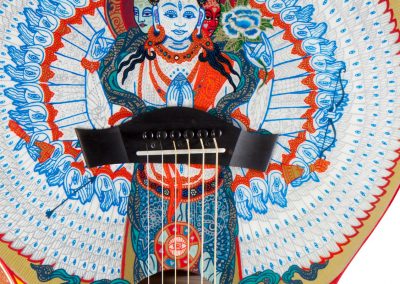 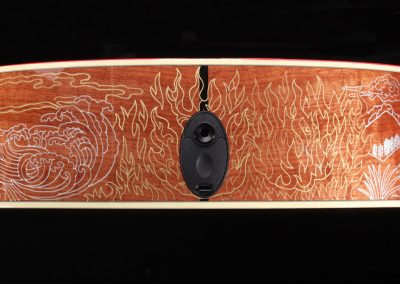 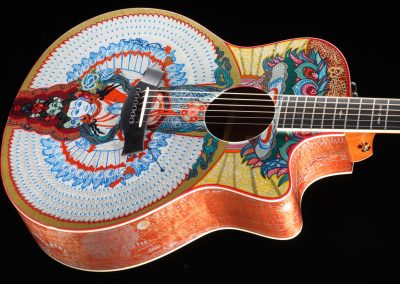 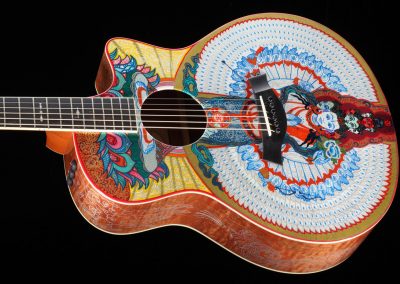 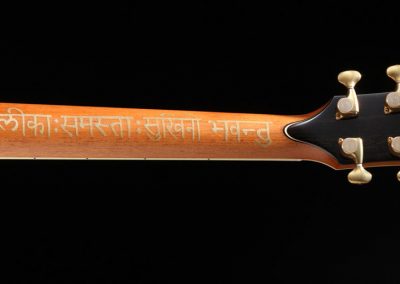