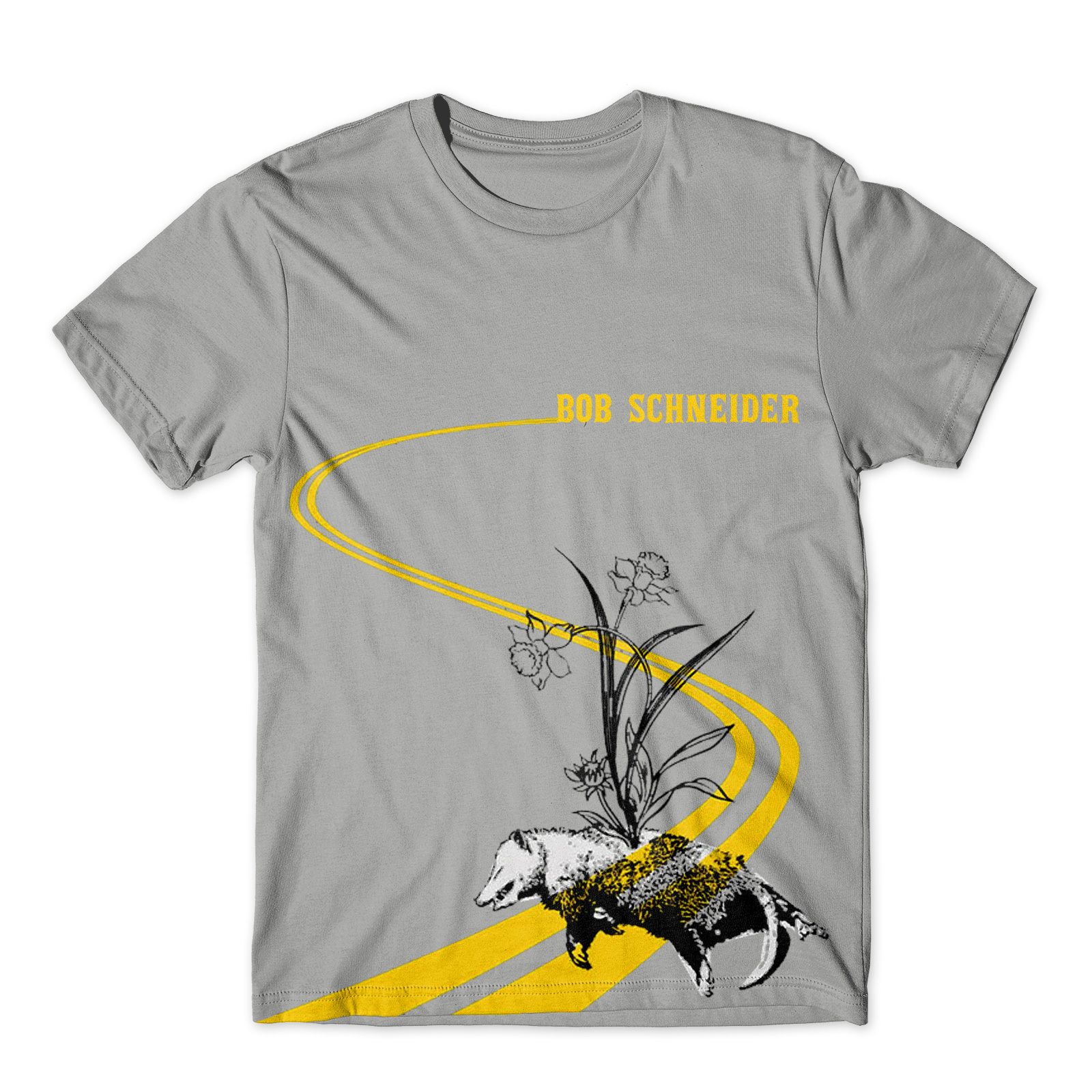 Merch Design for Bob Schneider.
Austin, Texas-based singer/songwriter/creative force of nature Bob Schneider is constantly creating something.
Sometimes it’s writing songs — he has written some 2,000 songs in the past 16 years — sometimes it’s creating videos to accompany some of those songs and sometimes it’s making gallery-ready art, including paintings and collages. He also has made a Christmas album, played a wedding singer in an indie film, written two books and penned a rock opera that has a title that can’t be printed in a family newspaper.
“I love making things, so that’s what I spend a lot of my time doing,” says Schneider… “I do have periods where I feel like I’ll never create anything that’s any good ever again. The good news is, it doesn’t stop me from creating things, and eventually that feeling will pass and I can look over the stuff that I’ve made and figure out which of it is better than the other stuff.”
Go for a ride into the heart of Bob Schneider’s prodigious mind by giving him a listen here.
Add these to your playlist: Big Blue Sea, Tarantula, Round & Round & The World Exploded Into Love